A ride around the base of Pen-y-ghent (Penyghent) which is the lowest of The Three Peaks.  The ride follows in part The Pennine Way anti clockwise round Pen-y-ghent, giving you the unique opportunity to see the hill from all angles.

The terrain varies between working farmland, dropping you gently down into Foxup, a small Hamlet in Littondale. A nice tarmac descent, one big climb and an incredibly long and fast final descent down Long Lane / Moor Head Lane back to your start point in Studfold. I fractured a couple of ribs on this descent once, playing the fool and going too fast.

Its slow riding in general. Despite being around 17 miles it feels longer as your average speed is so slow. It is more than made up for the incredible views, and it’s a day out ride with a nice pack up.

There are a couple of natural wonders to to checkout on this ride such as Hull Pot, a huge collapsed cavern. And of course the thrill of looking at Pen-y-Ghent from all angles.

Another ride tagged as “favourite” in our minds, just for the views and the chilled vibes. We try ride it at least twice a year. 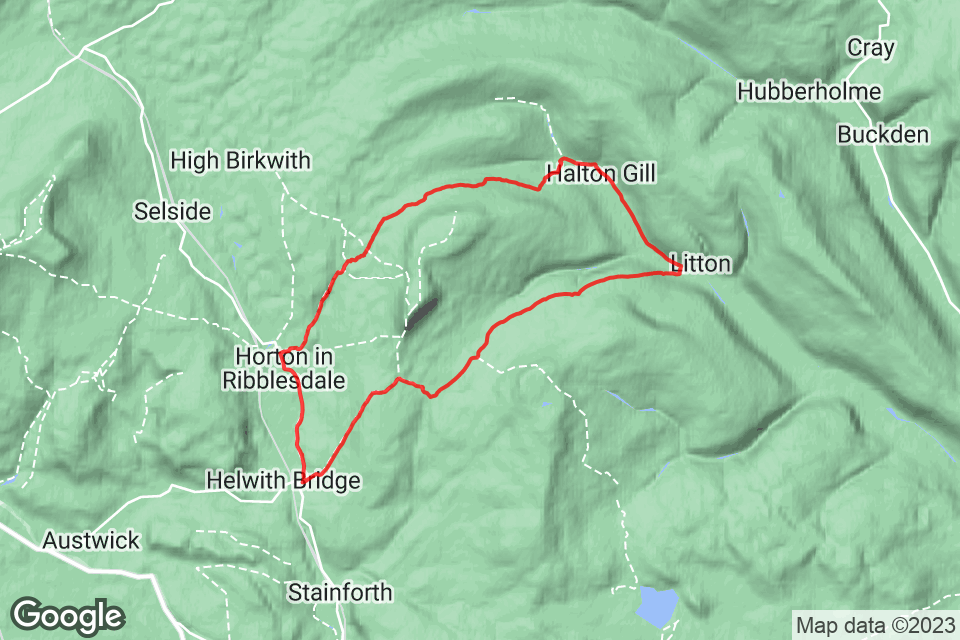 Start Point:  The lay-by just before Horton in Ribblesdale

Sometimes I wonder why this site has a food and drink section as most of our rides are in the middle of nowhere, so quite clearly there isn’t going to be any food or drink.

On this route there is the Pen-y-ghent cafe in Horton in Ribblesdale, close to your start point and apparently popular with walkers of the Three Peaks Challenge.

Crowds are not our thing though, we took a nice pack up and had it on the bridge over the River Skirfare just below Foxup, anticipating the climb ahead.  It is a beautiful setting but in all the years we have ridden this route we have never seen any water in this river, just a dry river bed.