Were not huge advocates of retracing our tracks on routes, but this one is an exception with a ride over the tops from the hamlet of Horse House near Kettlewell and then looping Angram and Scar House reservoirs. Forming a lollipop shaped route. The ride starts in Coverdale a lesser known dale which runs off to the right of Kettlewell. Whilst the ride starts in Coverdale, most of the ride is in Nidderdale.

Scar House and Angram reservoirs are located among the striking scenery of Upper-Nidderdale. Built to supply water to Bradford, the water is transferred to Chellow Heights via the Nidd Aqueduct, A major engineering feat as it requires no pumping. To this day it is Bradford’s main source of water.

The route starts with the obligatory leg busting climb, petering out for a while, maybe its too many pies, but re riding this route in 2020 fourteen years after originally mapping it I found some of the climb too steep and happily resorted to pushing and enjoying the view instead. There is an amazing and steep descent into Upper Nidderdale with great views.

It has to be said that if you have time, both the reservoirs are a fine place to amble a few hours away in the sunshine, the valley has a lovely chilled feeling about it.

Terrain: Muddy in winter, some deep ruts from 4x4s, not fast but you gets your buzz in different ways. 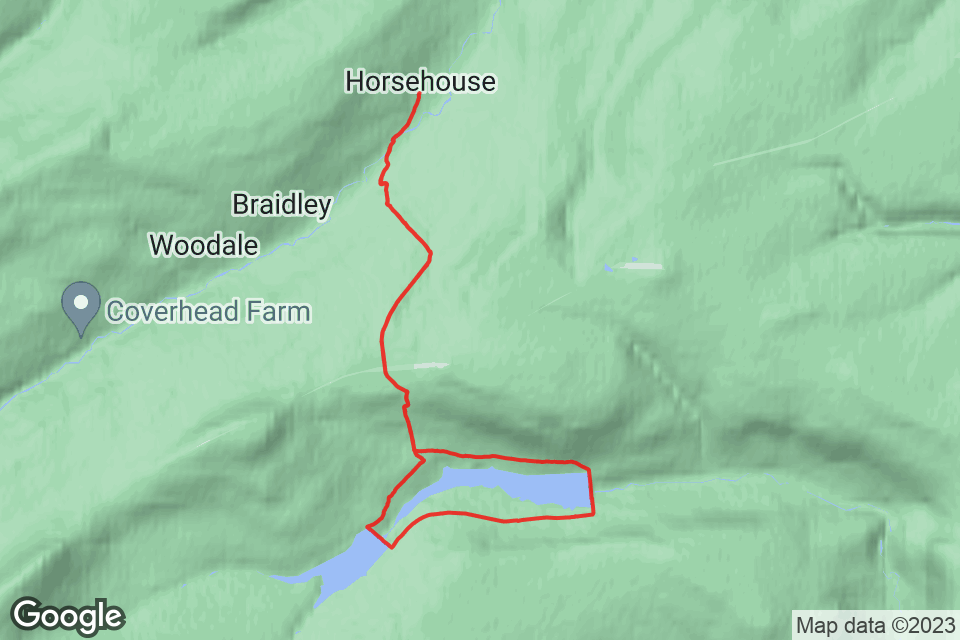 Nothing en route. There’s a pub The Thwaite Arms at the start point in Horse House but it was closed when we tried. The nearest shop is probably the Kettlewell village store about 8 miles away. Do yourself a favour, make some tasty sandwiches and make a day of it. The Upper Nidderdale valley has a great feel about it and it’s worth hanging about for a few hours.